Through more than three years of siege, Sarajevo’s struggle to survive as a cosmopolitan city inspired people around the world. The whole Sarajevo saga is captured in the story of Oslobodjenje (Liberation), the city’s celebrated daily newspaper. The staff – Muslims, Serbs, and Croats working together – retreated to an underground shelter at the beginning of the war and continued to publish their newspaper, day after day. At work, the Oslobodjenje journalists exemplify the courage and resilience of Sarajevo’s population as a whole, while their personal crises, quarrels, and passions mirror the daily life of a multiethnic community under attack by radical nationalists. This intimate account of the Oslobodjenje  story from prewar times through Sarajevo’s darkest days explains the origins of the Bosnian conflict and the meaning of a free press in a wartime setting.

“A chilling portrayal of a city’s slow murder. … A soft-spoken but deeply felt book.”

“Gjelten has done a masterly job. … A breathtaking story.”

“What this book does best is to examine all those sensitive matters which do not fit the simple good and evil mind-set of the western media.”

“Gjelten’s chronicle of Oslobodjenje is all the more poignant because he is careful not to paint its reporters as heroes but as ordinary people who make ordinary journalistic compromises yet maintained their professional principles in the face of physical threats.” 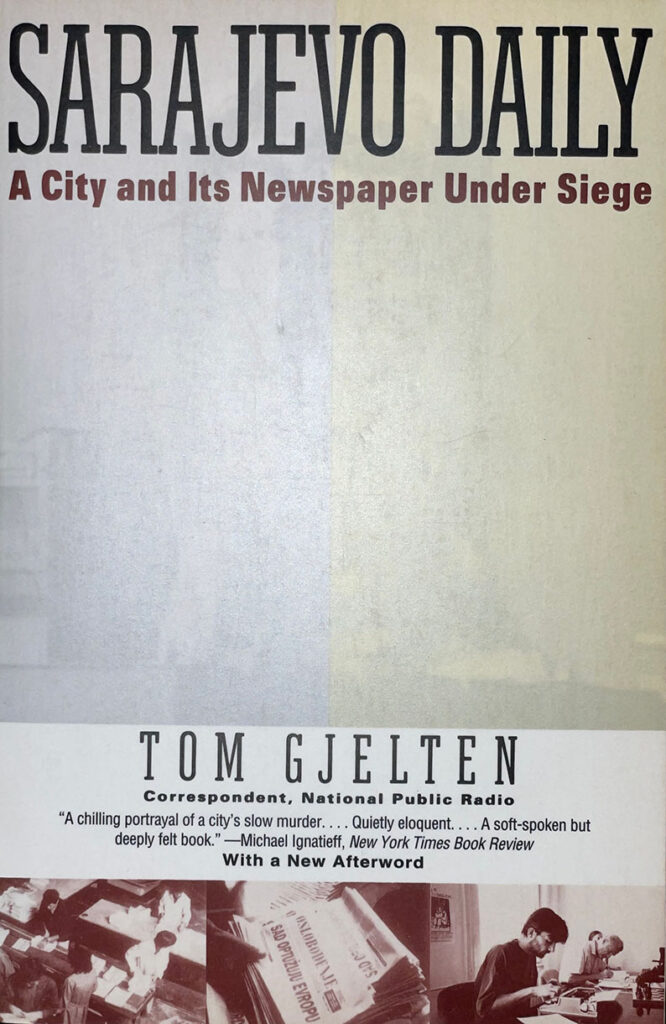